What is a computer virus? / Part II 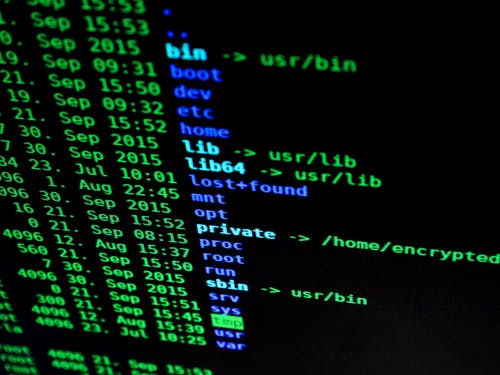 Sometimes to understand what something is, we have to examine what it isn’t. Keeping that in mind, let’s play: Is It a Virus?

In the Is It a Virus game we’re going to take a look at examples of things people on the Internet commonly believe to be a virus and explain why it is or isn’t. What fun!

Is a Trojan a virus?

Trojans can be viruses. A Trojan is a computer program pretending to be something it’s not for the purposes of sneaking onto your computer and delivering some sort of malware. To put it another way, if a virus disguises itself then it’s a Trojan. A Trojan could be a seemingly benign file downloaded off the web or a Word doc attached to an email. Think that movie you downloaded from your favorite P2P sharing site is safe? What about that "important" tax document from your accountant? Think twice, because they could contain a virus.

Is a worm a virus?

Worms are not viruses, though the terms are sometimes used interchangeably. Even worse, the terms are sometimes used together in a strange and contradictory word salad; i.e. a "worm virus malware." It’s either a worm or a virus, but it can’t be both, because worms and viruses refer to two similar but different threats. As mentioned earlier, a virus needs a host system to replicate and some sort of action from a user to spread from one system to the next. A worm, conversely, doesn’t need a host system and is capable of spreading across a network and any systems connected to the network without user action. Once on a system, worms are known to drop malware (often ransomware) or open a backdoor.

Is ransomware a virus?

Ransomware can be a virus. Does the virus prevent victims from accessing their system or personal files and demands ransom payment in order to regain access à la ransomware? If so, then it’s a ransomware virus. In fact, the very first ransomware was a virus (more on that later). Nowadays, most ransomware comes as a result of computer worm, capable of spreading from one system to the next and across networks without user action (e.g. WannaCry).

Is a rootkit a virus?

Rootkits are not viruses. A rootkit is a software package designed to give attackers "root" access or admin access to a given system. Crucially, rootkits cannot self-replicate and don’t spread across systems. Scammers often contact you and tell you they are from Microsoft Support. Once they convince you they are legitimate, the install rootkits which can give them access to your system and to connected networks at any time.

Is a software bug a virus?

Software bugs are not viruses. Even though we sometimes refer to a biological virus as a "bug" (e.g. "I caught a stomach bug"), software bugs and viruses are not the same thing. A software bug refers to a flaw or mistake in the computer code that a given software program is made up of. Software bugs can cause programs to behave in ways the software manufacturer never intended. The Y2K bug famously caused programs to display the wrong date, because the programs could only manage dates through the year 1999. After 1999 the year rolled over like the odometer on an old car to 1900. While the Y2K bug was relatively harmless, some software bugs can pose a serious threat to consumers. Cybercriminals can take advantage of bugs in order to gain unauthorized access to a system for the purposes of dropping malware, stealing private information, or opening up a backdoor. This is known as an exploit.

Before reading "What is a Computer Virus – Part III, it is important to note that TQI Managed Services can serve to be a great resource in identifying issues you could be having in your network or PCs, but we can also proactively prevent the problems which plague hundreds of thousands of small and medium sized businesses. We are available at: 877.423.7224 and at www.TQI.Solutions.

What is a Computer Virus - Part 3