What is a computer virus? / Part I 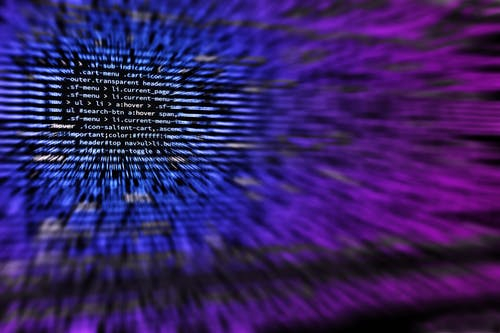 As defined by Malwarebytes Labs, a computer virus is "malware attached to another program (such as a document), which can replicate and spread after an initial execution on a target system where human interaction is required. Many viruses are harmful and can destroy data, slow down system resources, and log keystrokes."

Most computer viruses target systems running Microsoft Windows. Macs, on the other hand, enjoy a reputation as virus-proof super machines. In reality, Macs are not inherently safer. There are more Windows users in the world than Mac users and cybercriminals simply choose to write viruses for the operating system (OS) with the largest amount of potential victims.

Whatever OS you choose, Windows or Mac, don't worry too much, because viruses just aren't a thing anymore. That may sound odd coming from a cybersecurity and managed services company but hear us out.

Cybercriminals aren't creating new viruses, instead they are focusing their efforts on more sophisticated and lucrative threats. When people talk about "getting a virus" on their computer, they usually mean some form of malware—often a computer worm.

The terms "virus" and "malware" are often used interchangeably, but they're not the same thing. While a computer virus is a type of malware, not all malware are computer viruses.

The easiest way to differentiate computer viruses from other forms of malware is to think about viruses in biological terms. Take the flu virus, for example. The flu requires some kind of interaction between two people—like a handshake, a kiss, or touching something an infected person touched. Once the flu virus gets inside a person's system it attaches to healthy human cells, using those cells to create more viral cells.

A computer virus works in much the same way:

It's that second virus trait that tends to confuse people. Viruses can't spread without some sort of action from a user, like opening up an infected Word document. Worms, on the other hand, are able to spread across systems and networks on their own, making them much more prevalent and dangerous.

Famously, the 2017 WannaCry ransomware worm spread around the world, took down thousands of Windows systems, and raked in an appreciable amount of untraceable Bitcoin ransom payments for the alleged North Korean attackers.

To recap, the bad guys aren't focused on creating new viruses and most of the really bad stuff is actually malware. Should we still take computer viruses seriously? Definitely, yes.

Continuing the virus analogy, if a given population stops receiving vaccinations for diseases thought to be eradicated, like the measles and polio, those diseases can and do come back. Likewise, it's important to be proactive about cybersecurity and take some basic protective measures against computer viruses. Otherwise, computer viruses could make a comeback.

With that said, let's take a look at computer viruses under the microscope in our next blog post…

In the meantime, if you have concerns, please do not hesitate to contact us at www.TQI.Solutions for a free assessment. We are here to serve and we will make certain you are protected!

What is a Computer Virus - Part II